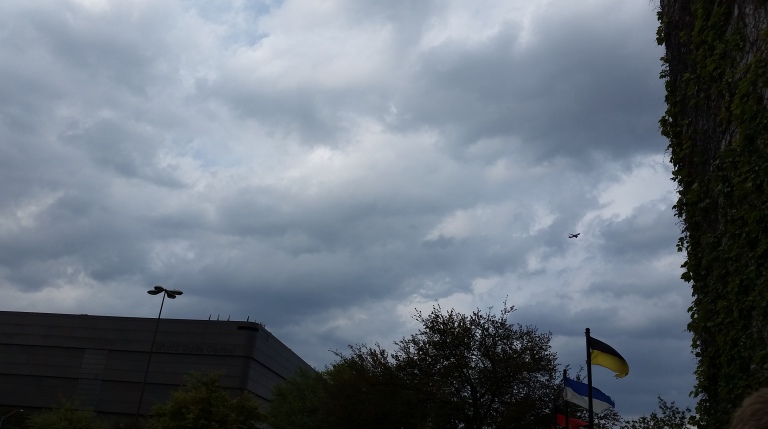 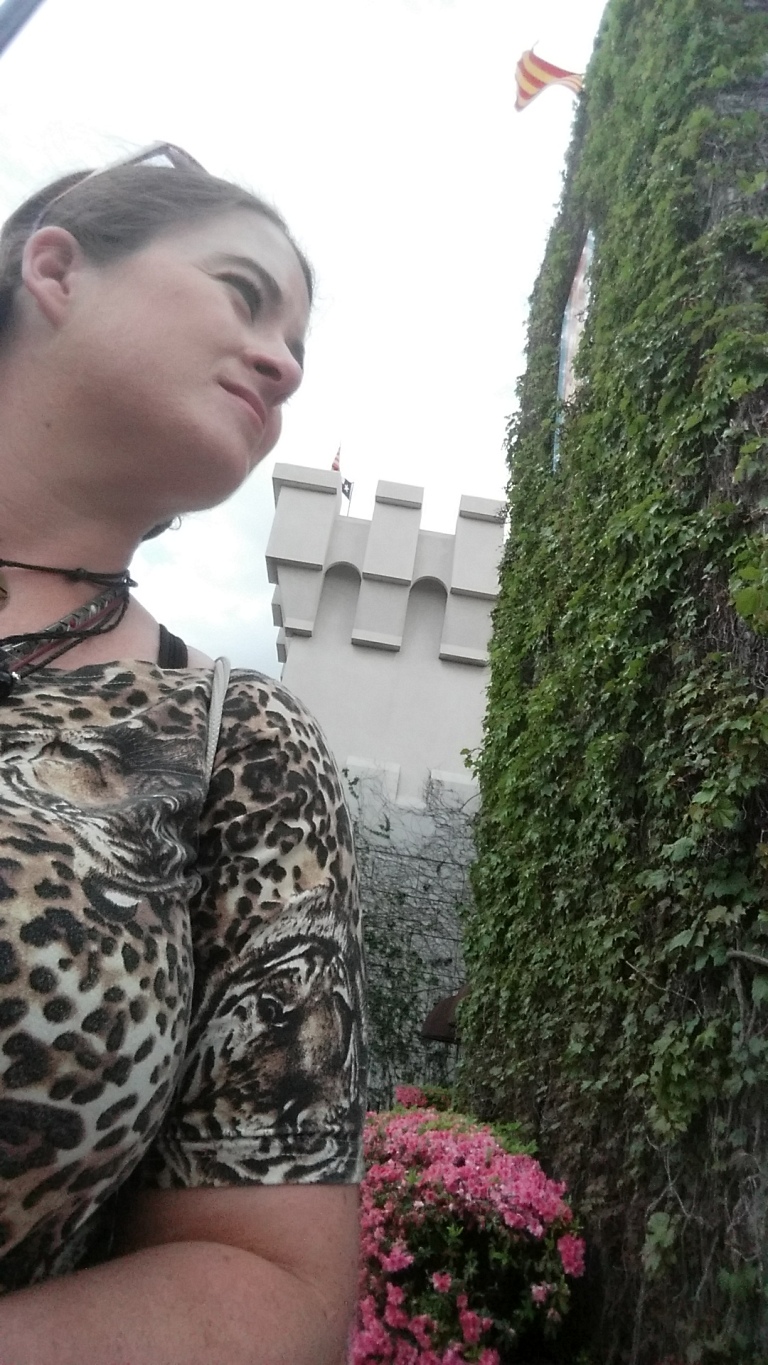 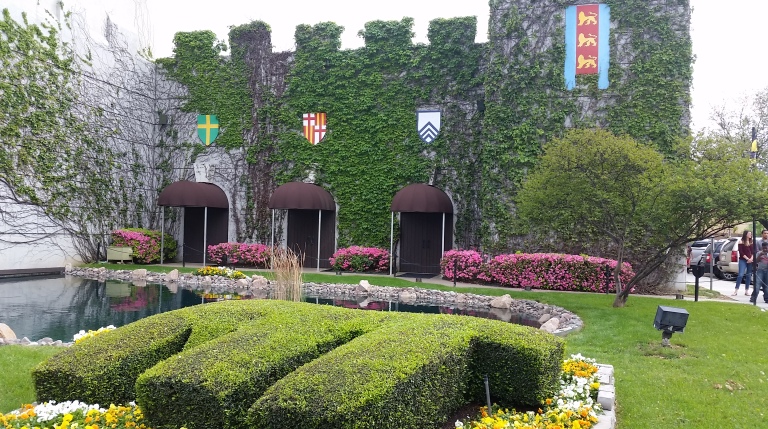 Arrival at the castle in Dallas. 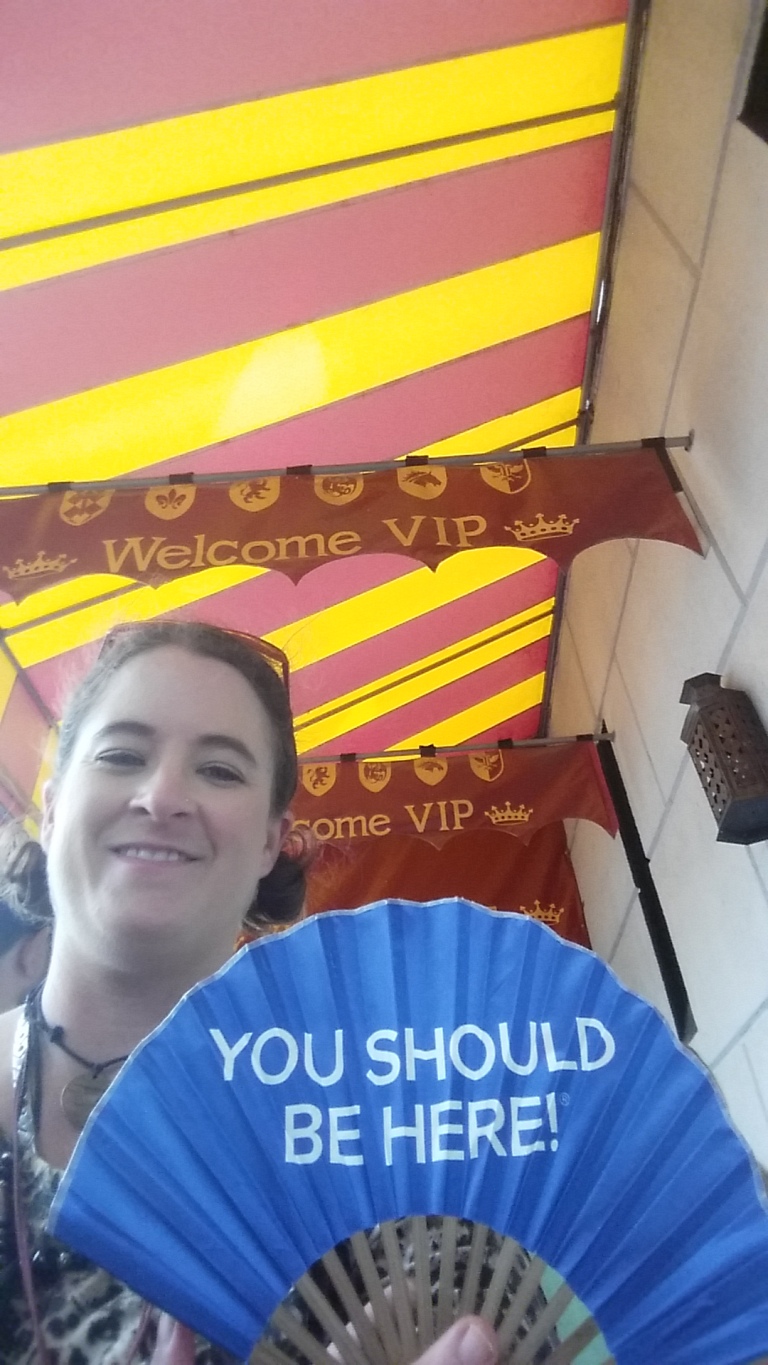 Even the bathrooms are themed. 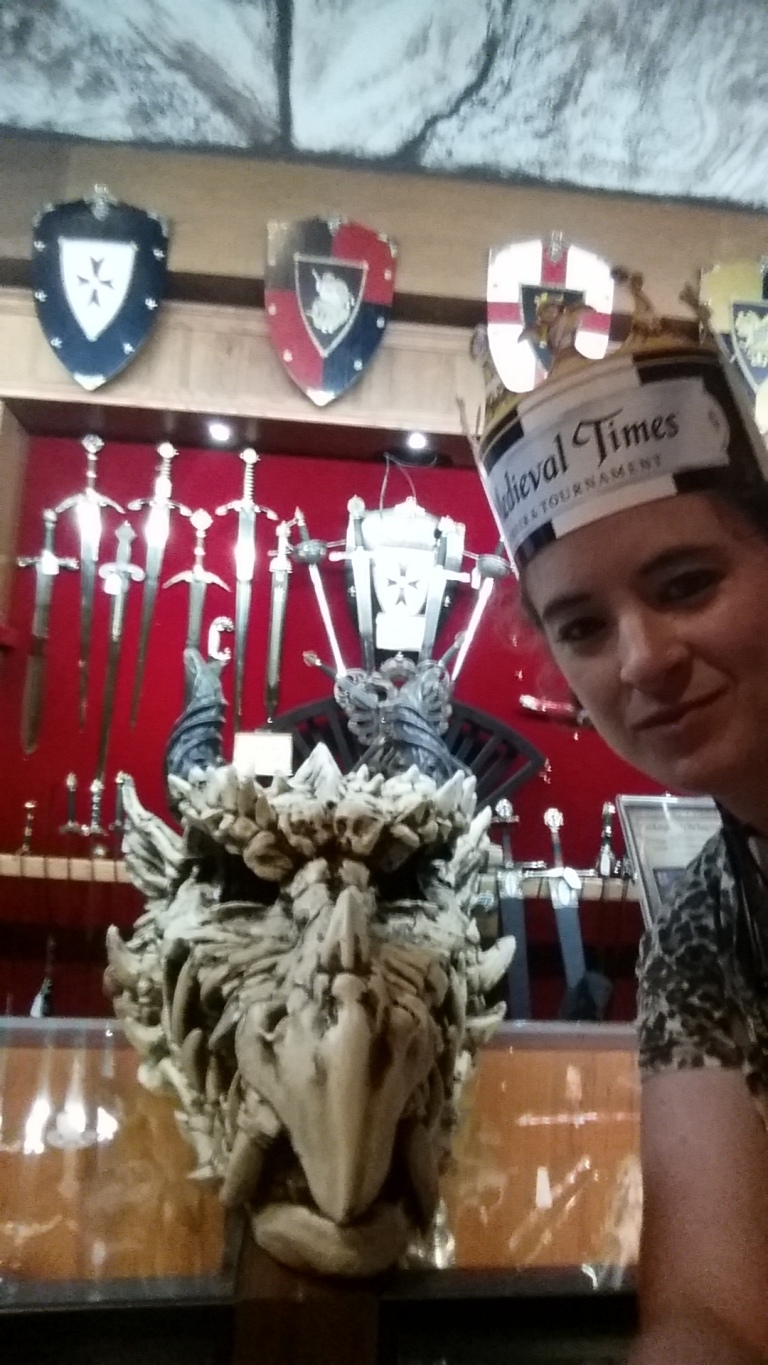 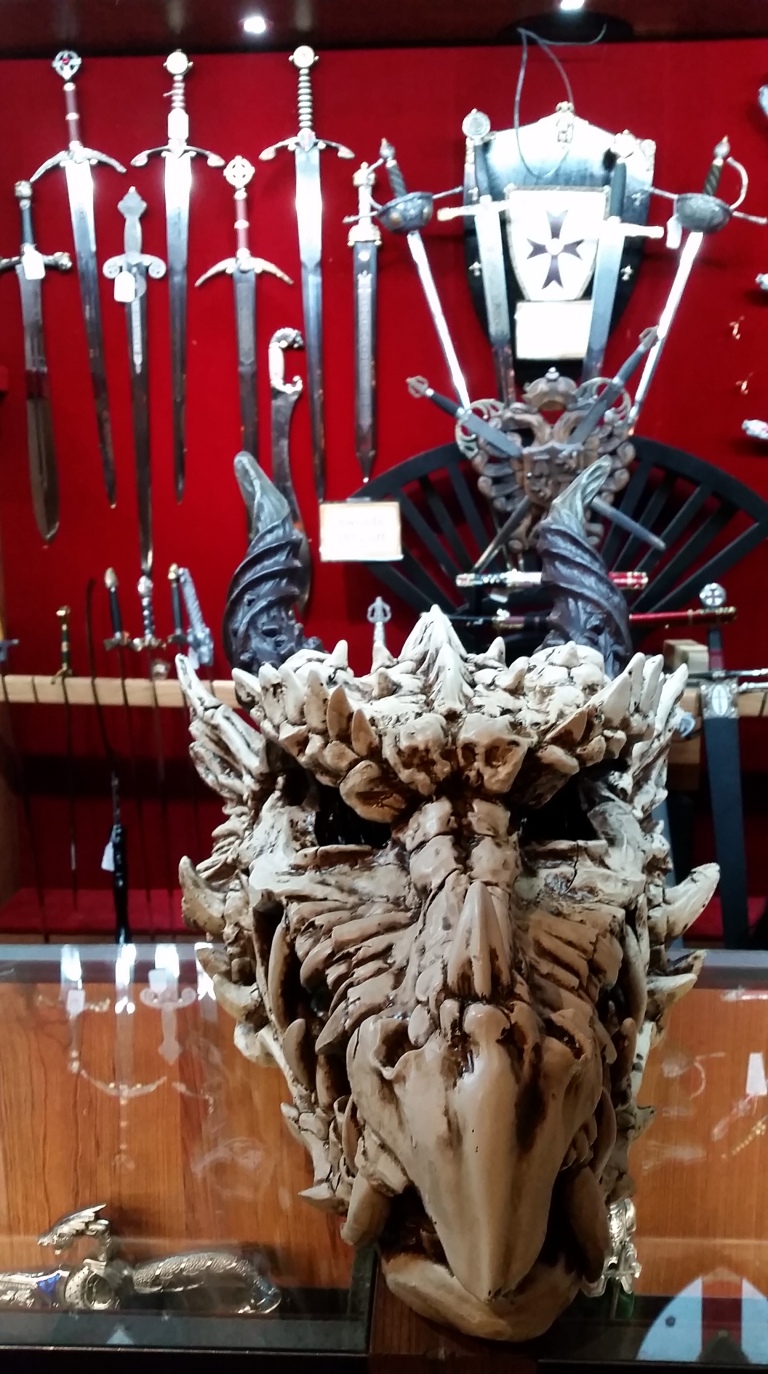 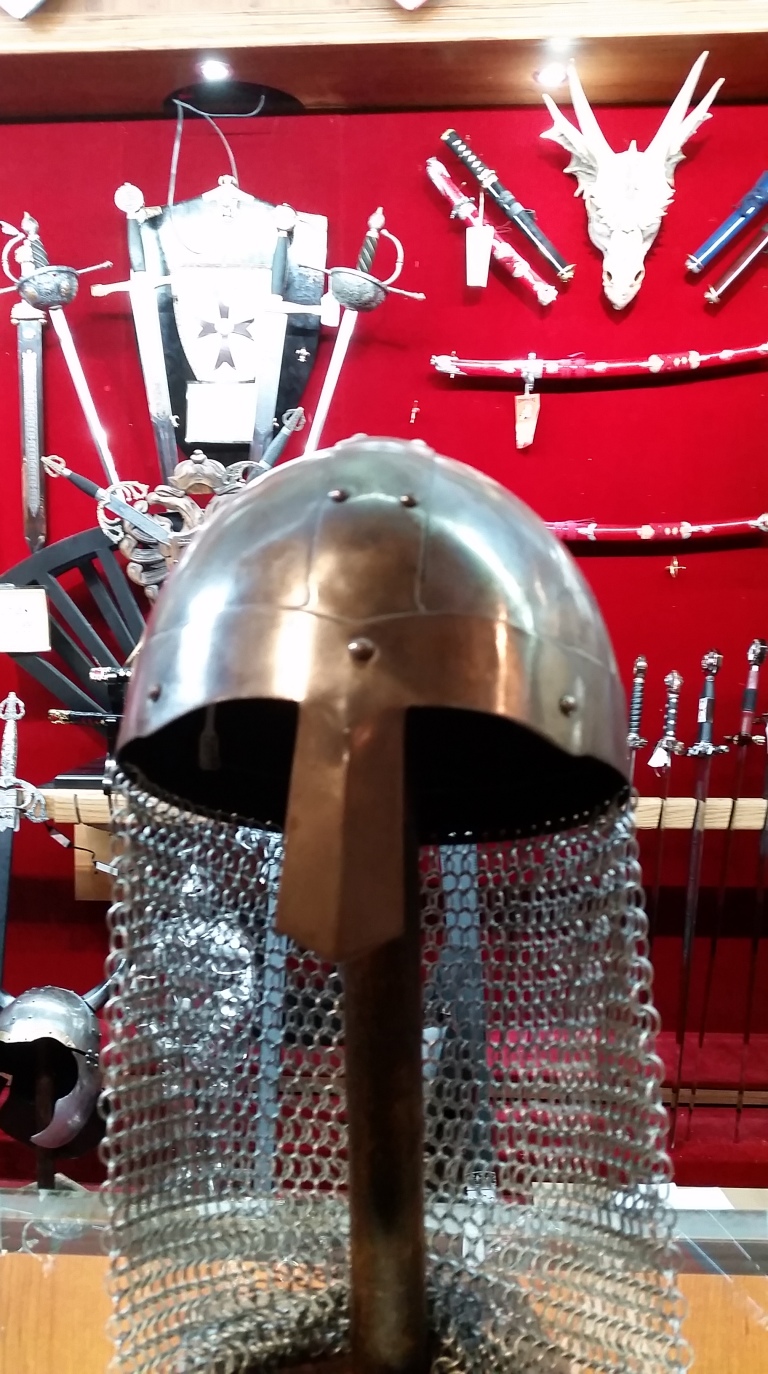 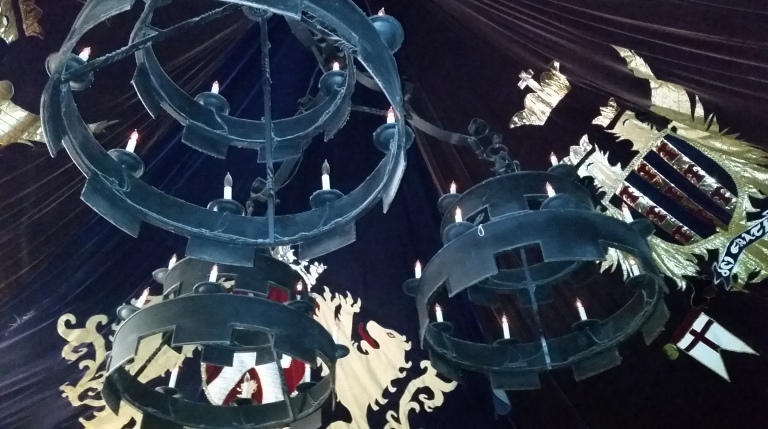 Tour of the Hall of Arms and the castle. There are various coats of arms for many prestigeous Medieval families.

Then we are heralded to our seats in the Grand Ceremonial Arena by trumpeters, ready for the festivities to begin!

The Knights of the Realm arrive (our knight is the Black and White Knight and who we will be cheering on for the tournament with our provided flags), introduced by the King of Arms. 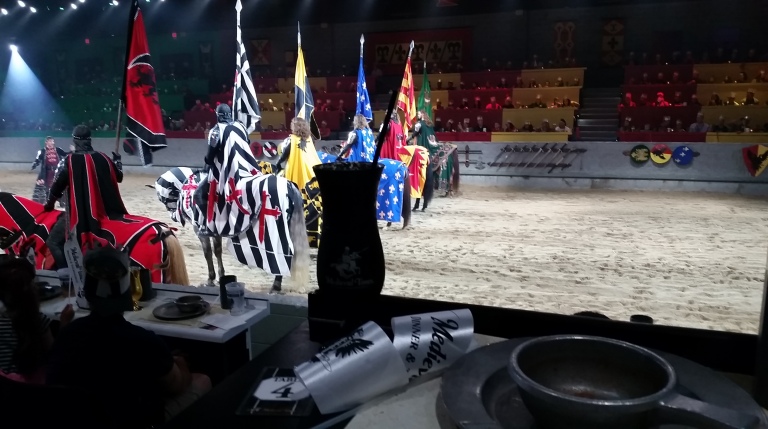 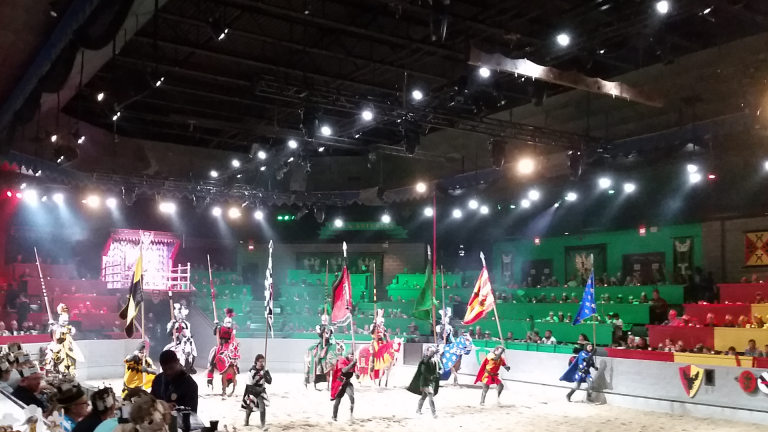 The entrees arrive and the games begin! First, the knights perform with their horses and squires for the crowds and the King, a spectacular array of Medieval pageantry and horsemanship.

Next we are all entertained by several of the King’s guests and their feathered and furry friends. 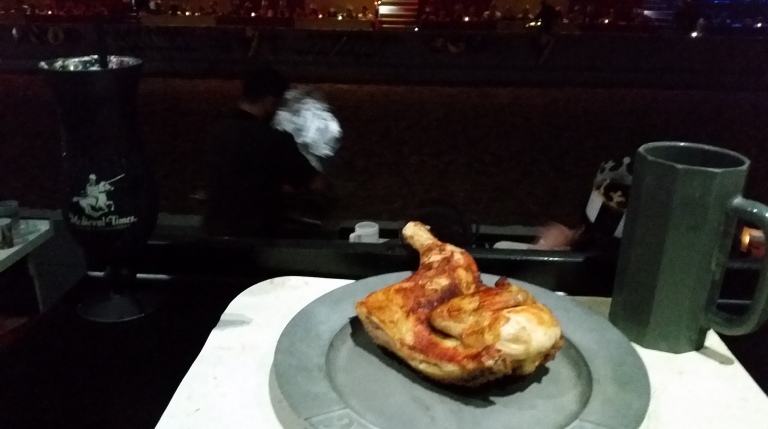 Dinner arrives, served by our table’s personal Serf and Wench.. I am assured it is “baby dragon”, which looks and tastes surprisingly like chicken..! 😉 Also joining my plate is “dragon egg” (whole roast potato) and “dragon tail” (corn cob). The food is actually quite tasty! Unlimited soft drink is included, so I feast on “Lord and Ladies Traditional Lemonade”. Very yummy – tart and just the right amount of sweet, just the way real lemonade should be! 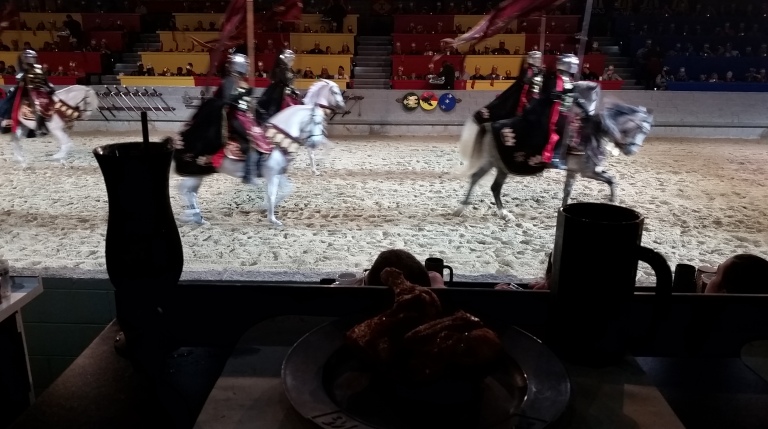 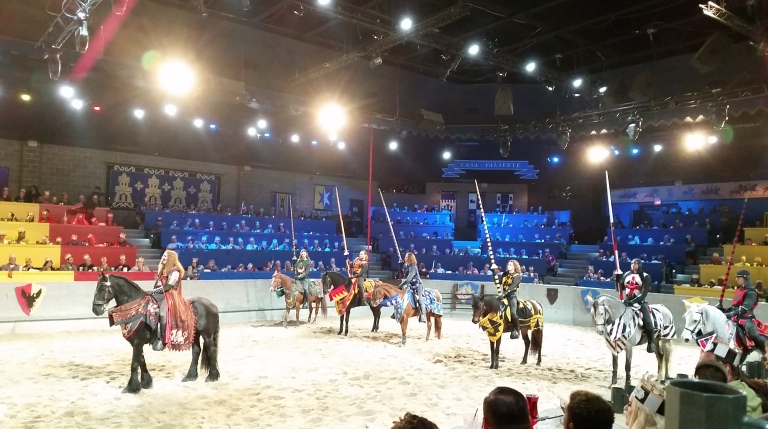 The games continue… the Knights of the Realm compete (on their horses of course!) in relays, ring peirce, flag toss, javelin throws and many other extravagant games.

The ethereal beauty of The White Horse, a gift from the King to his daughter. 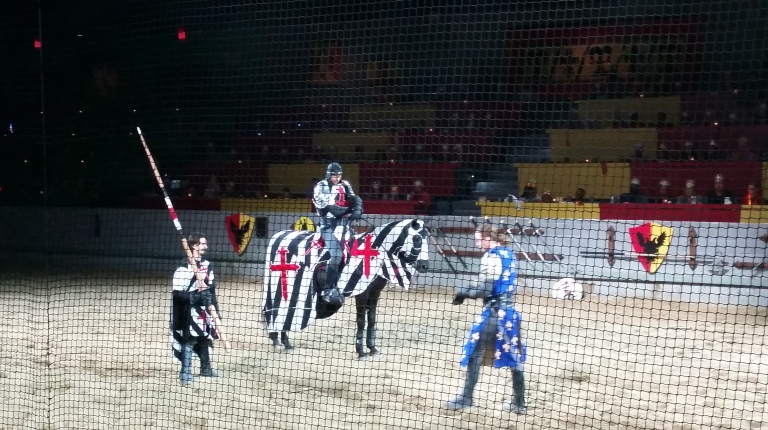 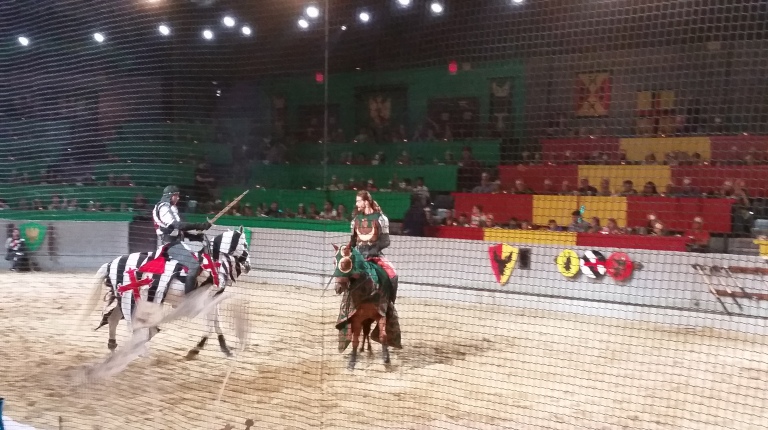 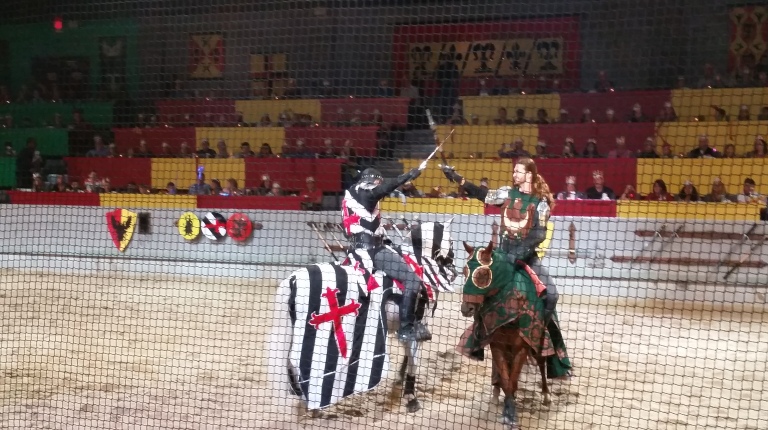 Oh dear! Here comes the villain, threats are made and a final battle begins… 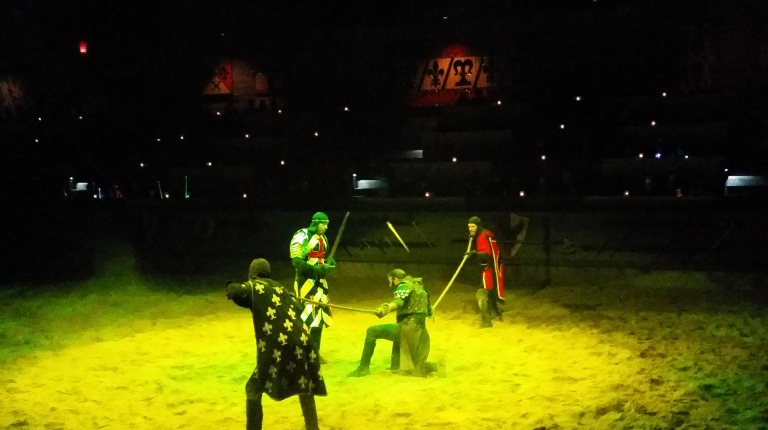 He is caught and the triumphant Black and White Knight finishes him! 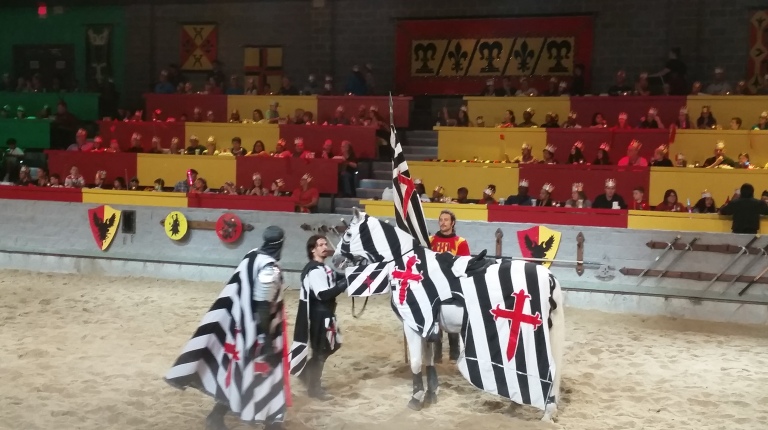 Hooray for the Black and White Knight!

The end of the show,the lights are beautiful in the auditorium.

And now it is time for me to become “Lady Amy” and obtain my Knighting by the King.

Final look around the castle… 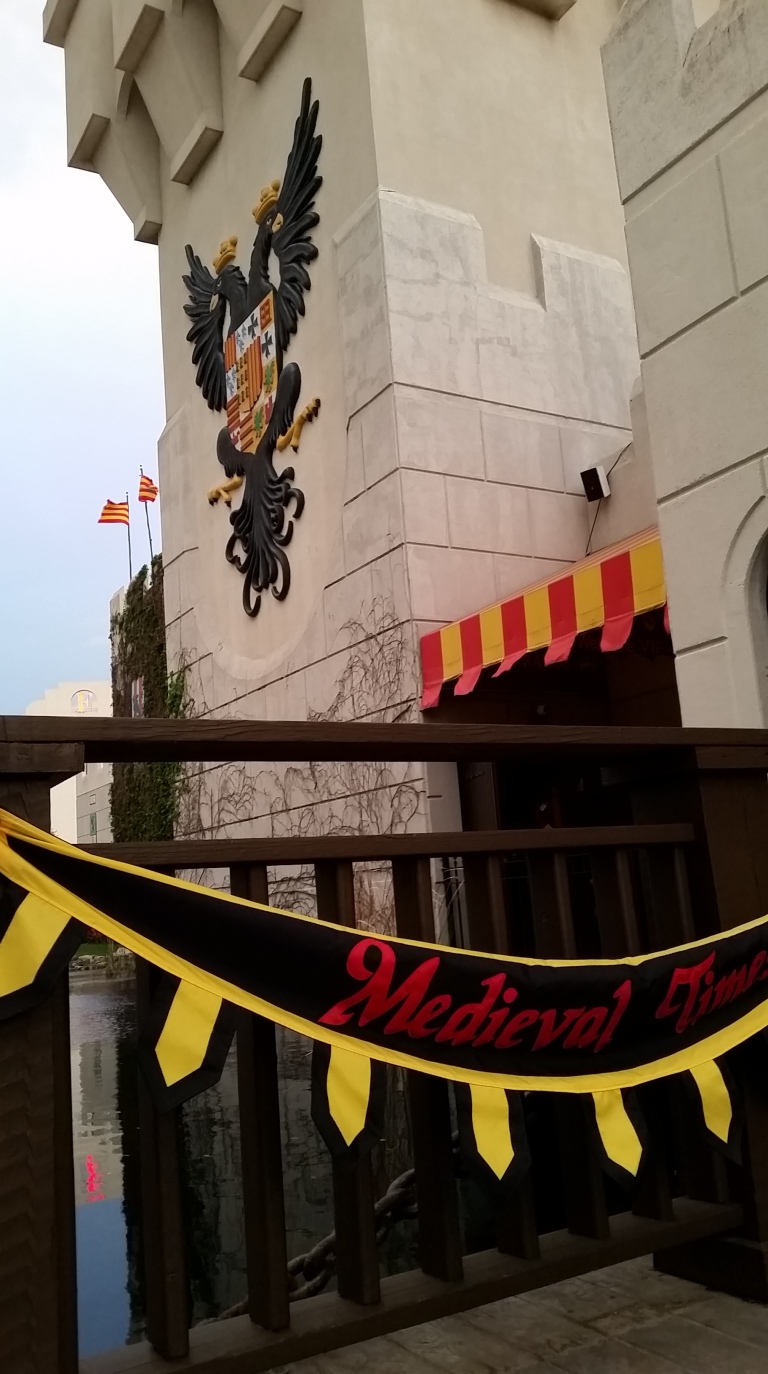 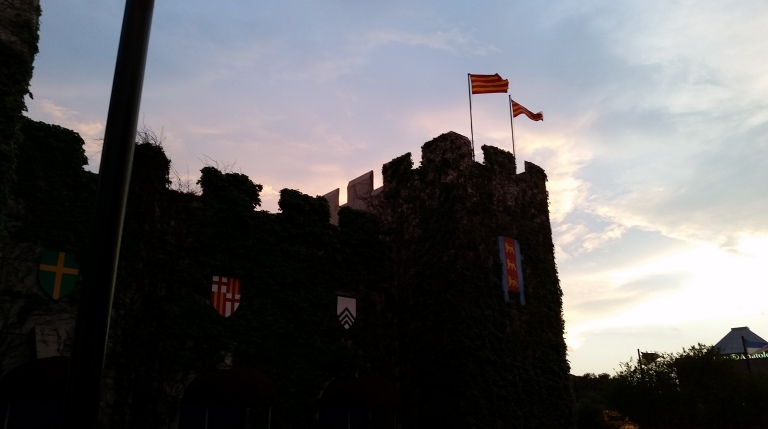 Then out into the sunset to say goodbye to the castle. 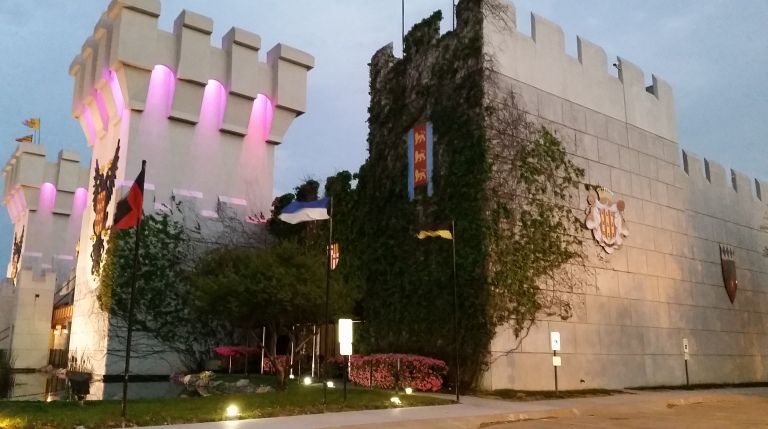 The colours of the castle bid me adeau… 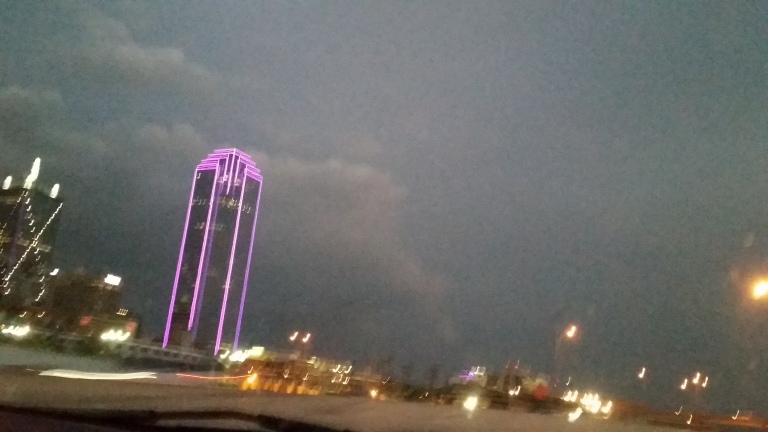 As I say goodnight to Central Dallas